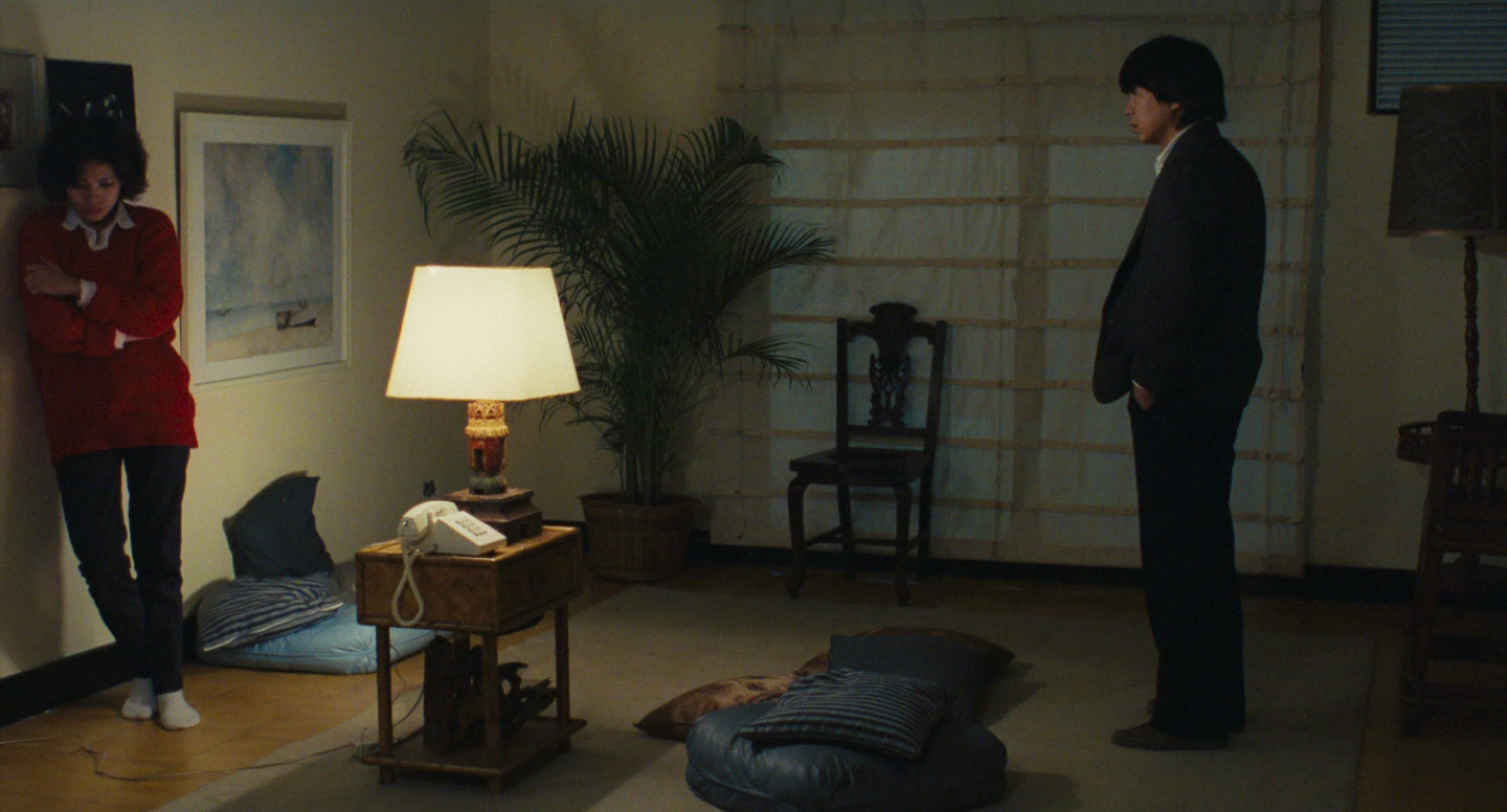 One important, vital aspect of my heritage that took me far too long to understand was the role of the Taiwanese dialect, specifically Taiwanese Hokkien. For many years, my parents spoke to each other semi-frequently in a language that sounded similar to the Mandarin that I knew, but which was generally unintelligible to me. I must confess that I still know very few words of Hokkien, but more important to me is the context in which my parents used it. Whether they intended it as such or not, I always felt as if they were keeping some form of secret from me, discussing things in front of my sister and me that we couldn’t understand, whether we wanted to or not.

Taipei Story, Edward Yang’s second masterful feature, doesn’t traffic in this level of a language barrier, but its use of language is no less revealing. In its portrayal of two estranged partners – Lung (Hou Hsiao-hsien) and Chin (Tsai Chin) – living in a rapidly modernizing Taipei, the film switches frequently and consistently between Hokkien and Mandarin Chinese. Without perhaps no exceptions, the conversations that only involve Lung, whether it be with childhood friends or elderly acquaintances, utilize Hokkien, while all conversations involving Chin – except those, crucially, with her parents – use Mandarin.

Though it is never stated outright in the film, my general impression of the role of Mandarin in Taiwan is that of the language of modernity – notably, Hokkien was banned in schools until roughly around the time this film was made. Accordingly, the business world of Chin and the deadbeat society of Lung are carried out in entirely different manners of speaking.

Yang is wise to never make Taipei Story a simple story of the struggle between the memories of the past, which Lung is never able to shake off, and the promises of the future. The conflict is complicated by both parties: Lung constantly tries to move to the United States, in a way not dissimilar to that of my own father, while Chin falls in with the youthful biker gangs that her younger sister hangs out with. Both members of the couple, to put it plainly, strive to capture and retain something of their youth while still prospering in the modern capitalist society of the mid-’80s.

In Yang’s vision of Taipei, this seems to be little more than a fantasy, as one has to choose between one or the other. But of course, this is never approached in a didactic or obvious manner, allowing for, as the film puts it, fleeting moments of hope to linger. That the film is maybe the most tragic of the Yangs I’ve seen is a testament to this sense of latent fatalism, of people too caught in the past, whether they realize it or not.

Through these inextricably entwined journeys, Yang shoots with his particular combination of intimacy and distance that never fails to surprise and move me. A shot from the other side of a mammoth office building, two perfectly rhymed tracking shots, numerous gazes down onto the busy streets of Taipei, all coalescing perfectly with the immaculately posed figures quietly discussing troubles in an apartment, or on a playground, or at a bar.

Those figures move inexorably towards their ends – one trading the world of physical architecture for the digital architecture of big data, the other beaten in a final attempt to prove his own sense of self-worth over the generation already overtaking him – but they do so with an inordinate sense of care on the part of Yang. Not one interaction, one small gesture ultimately feels out of place, and what resonates is the forlorn face of Lung, the implacability of Chin, each equally conveying an overwhelming sadness.