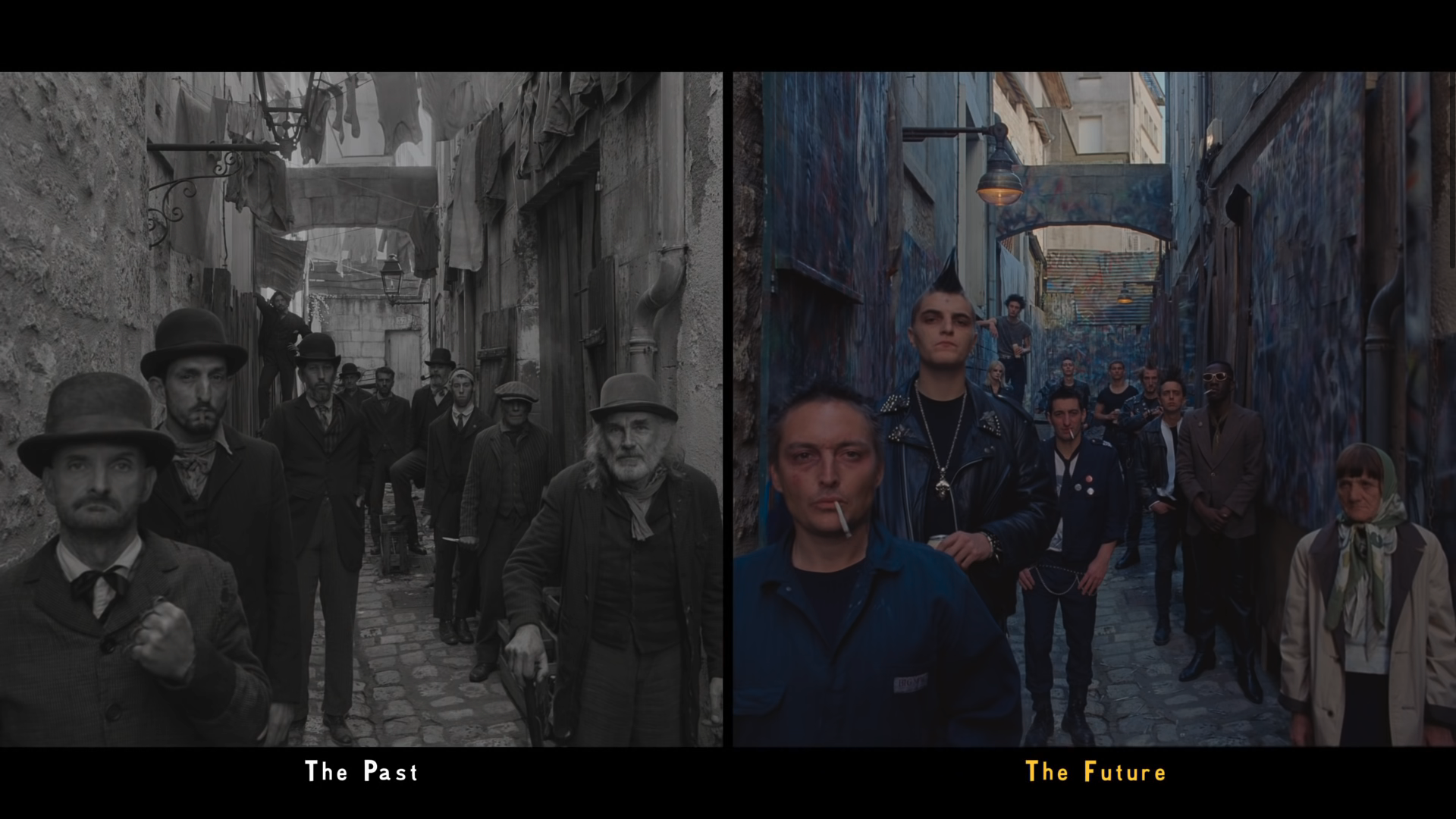 The French Dispatch of the Liberty, Kansas Evening Sun

As it turns out, everything I had written about the omnibus film a few weeks ago is applicable to Wes Anderson’s latest film, The French Dispatch of the Liberty, Kansas Evening Sun, though not as overwhelmingly as one might think. Instead of operating in a neat, three-part structure, the film more-or-less sprawls into irregularly shaped sections: a brief introduction, the preposterously named Herbsaint Sazerac’s (Owen Wilson) brief bicycle tour of the even more preposterously named Ennui-sur-Blasé, and a final coda wraps around the three features that form the core of the film.

This doesn’t mean that these sequences are superfluous, or devoid of a similar amount of interest. One of Anderson’s great strengths has been what some might uncharitably regard as a flattening of local color and detail into a series of tableaux; however, there’s a wondrous sense to how quickly and carefully The French Dispatch establishes Ennui. It immediately gets to the heart of, if not necessarily an actual French city, then an American idealization of France outside of Paris: small yet tightly-knit, romantic where it counts, but also rundown, in rapid change, openly situating the sex workers and pickpockets as something to essentially be taken for granted. This romanticized view is left largely unchallenged during the course of the film: strife, danger, and desire are always around the corner, and in its own way, the film achieves a certain unity in its steadfast, charmingly simplified view.

The French Dispatch, however, aims for something messier and more complex than unity. The three parts all have to do with art and creativity in different realms — painting, politics, and cooking respectively — but the way that they unfold results in an uneven set of approaches, though for better or worse the momentum of each segment is fairly self-contained. Much of this comes down to issues of presentation, as each story, despite the article framing, is narrated by Tilda Swinton, Frances McDormand, and Jeffrey Wright in starkly different ways. All linearly told, both Swinton’s freely disjunctive art lecture and McDormand’s terse diary nevertheless offer something more herky-jerky than the astonishingly mellifluous recitation of Wright’s memorized article.

This isn’t a problem, per se, and it can be readily chalked up to the different styles of the writers within the magazine’s stable. But it marks new territory for Anderson, which is at once welcome and something of an unsteady endeavor. More than any of his other films, this meanders and places odd, unexpected emphases on scenes that act more as illustration or elaborations, isolated little bits that serve individual, often secondary characters than an appreciable sense of the world/city of Ennui. Even the single-night narrative of the third story finds an ultimately arresting beat, in which Saoirse Ronan’s dancer-turned-kidnapper has an exchange with the police commissioner’s son, in the process making way for one of the film’s relatively few color shots.

Those color moments form something of a backbone for the film, a continuing device that almost never loses its potency; it’s amusing to see Anderson work predominately in black-and-white, almost as a dare to himself or to the innumerable video essayists who focus on his palettes. Indeed, some of the most surprising uses of color come in the first segment with Benicio Del Toro’s unconventional painter — the unabashedly modern art’s resemblance to Honoré de Balzac’s Le Chef-d’œuvre inconnu, and perhaps Jacques Rivette’s La Belle Noiseuse, is perhaps the film’s most elegant Francophile reference.

Those bursts of inspiration emerging from a pleasurable, if mildly enervating surface seem to typify The French Dispatch‘s modus operandi; there’s little of the historical sweep and resonance of The Grand Budapest Hotel, but its ultimately small yet thorny approach lends itself to some beautiful moments all the same. The final story’s denouement, returning the focus beautifully to Wright and Steve Park’s immigrant chef, captures the prevailing spirit of so many lost people within the film, both French — the surprisingly intense characters embodied by Léa Seydoux and Lyna Khoudri, whose French subtitles accumulate with a considerable force — and all the American journalists, a motley collection that nevertheless comes together as a family, working towards a common goal.