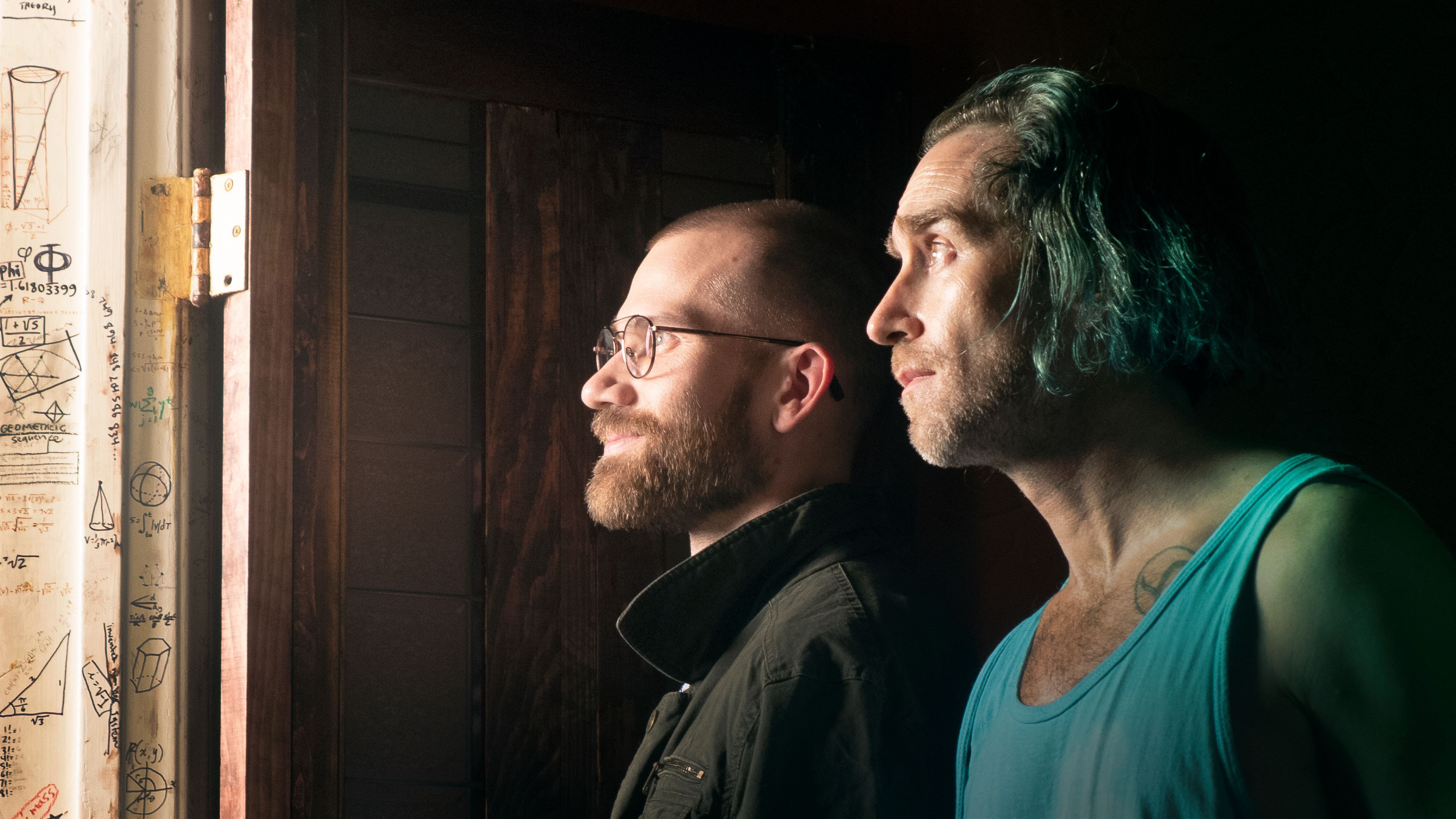 Something in the Dirt

Something in the Dirt is something of an outlier in this year’s Sundance NEXT section. While its remit is to show more inventive or formally innovative work, with no particular stipulations otherwise, all of the other films were by first or second-time filmmakers, many working in documentary or quasi-documentary modes, and all running less than ninety minutes. By comparison, Justin Benson and Aaron Moorhead are indie superstars, having now made three relatively well-known films (Spring, The Endless, and Synchronic, none of which I’ve seen) which all had TIFF or Tribeca premieres, and showcase their trademark deployment of science fiction. Additionally, their latest is the only NEXT film in Scope and the only one that runs a hair under two hours.

But Something in the Air wears its relative lo-fi nature on its sleeve. Shot during the pandemic, though apparently not set then, it takes place mostly in and around a small, rundown apartment complex in Los Angeles, following bartender Levi (Benson) as he moves in and meets photographer John (Moorhead), the only other present resident. Soon afterwards, they discover a curious phenomenon: a crystal in Levi’s apartment that hovers at seemingly random intervals, possibly related to the scribblings all over the closet. In response, the two men resort to the most obvious recourse in this day and age: to begin filming in order to make a documentary to sell to Netflix or some other streamer.

It is fairly swiftly revealed that Something in the Dirt is also this documentary, though it remains unclear whether it is completed or not: bits of archival footage are strewn throughout, including during ostensibly “real” scenes — to complicate matters further, at least some moments are designated retroactively as reenactments, even poking fun at the shoddy special effects — and there are talking heads that crop up, including with experts and frazzled editors. Despite these intrusions, the film otherwise proceeds in a linear progression, moving through increasingly eerie occurrences while also taking a good amount of time to delineate the relationship between Levi and John.

Something in the Dirt‘s best moments and its faults come from this central relationship, which both offers a kind of bewildered comedy and a too-familiar depiction of a friendship undone; an emphasis on backstories being revealed at incongruous junctures highlights this feeling. But Benson and Moorhead are fairly compelling presences, especially the latter, whose well-groomed short hair and spectacles make a nice contrast with the former’s general sloppiness. There’s a certain charm to the way this operates, flashing lights and cameras to simulate earthquakes, and the deliberately offhand way that conspiracies are brought up and dismissed, with trips outside the apartment designed almost exclusively to show the proliferation of symbols around LA. If the personal drama, already hinted at and hammered home over and over in the ominous talking heads, tends to weigh this down, it’s balanced to a certain degree by the genuine delight this takes in the silliness of the central image, and how seriously the two men take it; a budget approach to an extraterrestrial concept that remains out of reach.