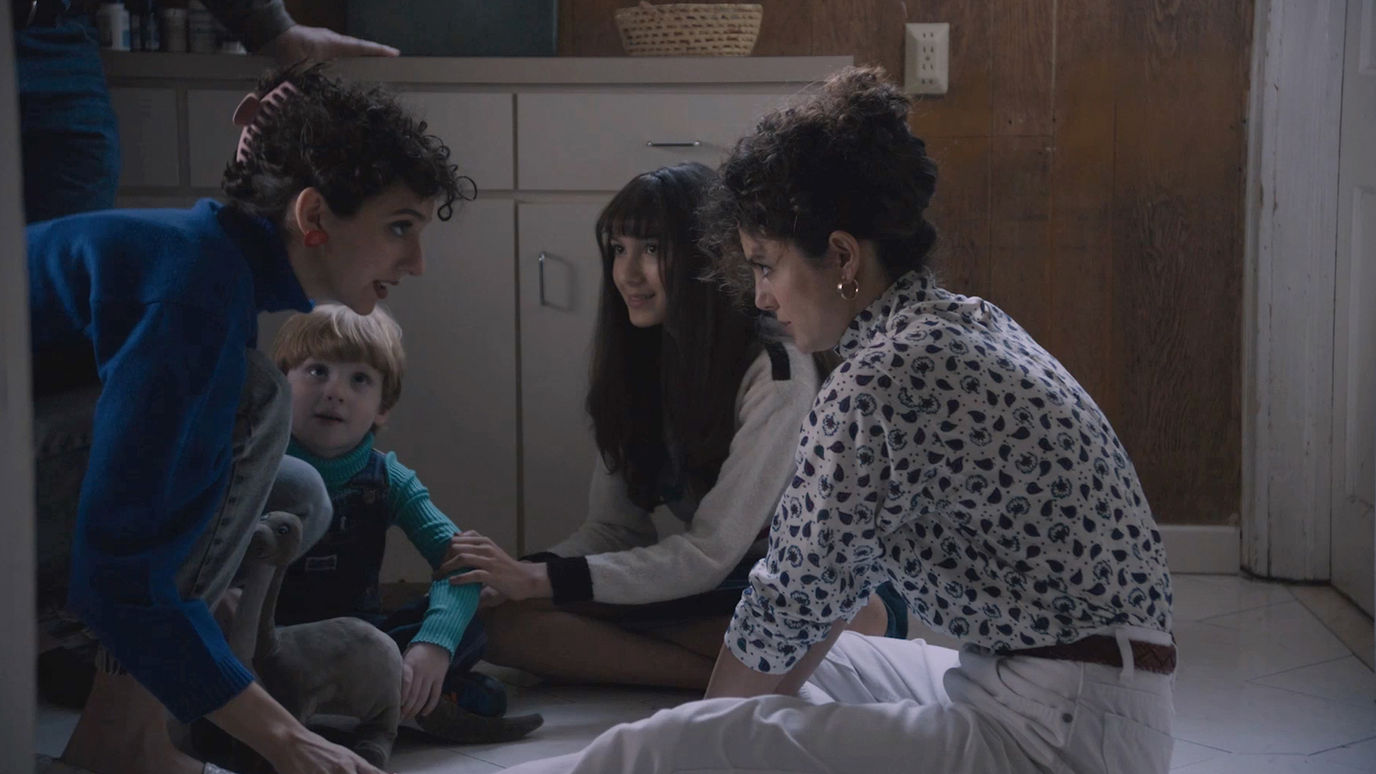 Full disclosure: I am on friendly terms with Ricky D’Ambrose.

Ricky D’Ambrose’s oeuvre forms one of the most fascinating collections of works in recent American independent cinema. Now composed of two features and a number of shorts, it has come to signify a flourishing of a honed directorial voice that has come to take on an increasingly historical register, the obsessive recreations of print media and invocations of political undercurrents in “Spiral Jetty” (2017) and his first feature, Notes on an Appearance (2018), marking a turning point in augmenting and expanding the potential of his Bressonian close-ups.

D’Ambrose second feature The Cathedral marks another such turning point, and a remarkable melding of his filmmaking hallmarks with something that might be called more conventional, though such an appellation would seem to cheapen the achievement. Gone are the recreations of newspapers; the large acting parts for New York independent film denizens, who only appear fleetingly in a wedding scene; and even to a large extent the enormous close-ups against a blank backdrop. There’s even a smaller but significant break present; D’Ambrose chose to film “Spiral Jetty” in 4:3 due to his use of videotape footage and accompanying desire to not shift aspect ratios, something not carried out here, with the blend of standard-definition news footage with 1.66:1.

But in many other respects, The Cathedral hews closely to D’Ambrose’s style as adapted to a newly legible form. Something sometimes lost in discussion of his work is their subterranean sense of emotional arcs: think the sudden rupture in “Six Cents in the Pocket” (2015) or the bittersweet bookends in Notes on an Appearance. Here, it is captured in an unmistakeable bildungsroman format, following Jesse, a boy growing up on Long Island from the 1980s to the beginning of the 21st century, whose living situation — the only son of divorced parents played by Brian D’Arcy James and Monica Barbaro, the first even moderately-high-profile actors he has worked with — closely mirrors that of D’Ambrose himself. But Jesse, as played by three remarkably similar-looking actors over the years, is never quite centered in the way that might be expected. Other arcs are given almost equal focus: the plight of his grandmother on his mother’s side, who is passed from relative to relative in cycles of neglect; the questionable business dealings of his father; and above all the state of the apartment that his father lives in, which is the actual apartment in which D’Ambrose himself grew up.

Irresolution, as is so often the case for D’Ambrose, is the key to The Cathedral; what registers more forcefully than ever, and is at least partly to do with the extra half-hour running time compared to Notes on an Appearance, is the means by which his objects and settings accrue meaning and resonances over the grand amount of narrative time. The title itself refers to a book about the construction of a cathedral while his parents violently argue in another room, and the illustrations of an enormous structure built in segments speaks to the flow of time that D’Ambrose aims to establish; the news footage serves as a good anchoring method, acting as signposts of specificity, but they are treated in largely the same way as the quotidian moments that register just as strongly. A few parties act as major moments: the wedding, Christmas, confirmation, graduation, but everything else is allowed to drift, with D’Ambrose’s eye as a piercing factor.

The acting here is more naturalistic, especially in the growing frustration and anguish of James, but The Cathedral lets much of it play out in long shot, contextualizing and refracting each person’s outbursts in the environment around them. Jesse’s growing fascination with filmmaking, which Madeleine James’s narrator describes as focused on measuring time and a growing distance from the world rather than an attempt to catalogue memory, would seem overly self-inserting were it not for a particular dissection of a photograph that he does near the end of the film, a long shot that contains within it a record of a memory of a time just before his life was irreparably changed. And in the progression of Jesse’s graduation, a series of D’Ambrosian close-ups of changing table settings which accrues in an inexorable way utterly unlike his previous work, this newfound synthesis of narrative and form achieves D’Ambrose’s fullest expression yet.