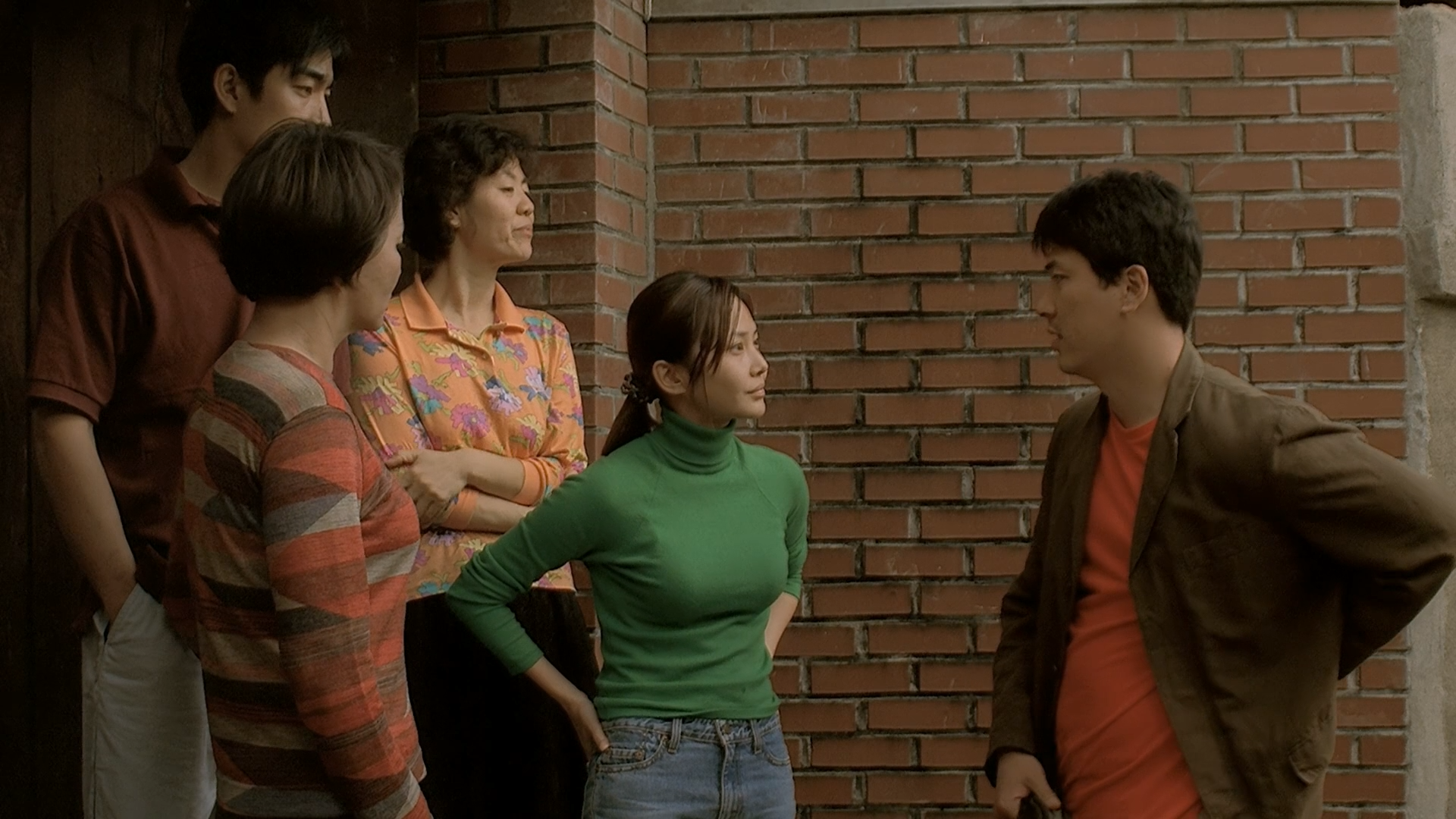 This was the first early Hong I saw — I’ll be running into the odd paradox of that classification throughout this, but let’s place the dividing line between 2013 and 2014 for now — in large part because I got the sense that it was the consensus favorite of the period, and in some ways his international breakthrough, being his first film to screen in the NYFF Main Slate. I’m not so sure about that now — partly because of the vagueness of the period, partly because I feel like early Hong has been somewhat overlooked by many who’ve come to him in recent years, so interest only spikes for a new restoration or Blu-ray — but On the Occasion of Remembering the Turning Gate stuck in my mind as one of the standouts, and it’s only grown for me on this rewatch, in part because it seems to mark a shift away from the harshness of his first three films (though as memory serves it comes back in the next film).

Instead, it bears a closer resemblance to the standard image of Hong, at least pre Kim Min-hee: a man involved in filmmaking goes on a vacation, where he becomes involved with various women, who are doubled in some way. Here, that doubling is, unusually, tied to a legend that is construed as the structuring metaphor for the film instead of, as in later films, an incidental illustration. But I had also remembered the two halves — I remembered twelve chapters, but weirdly Hong seems to have been obsessed with seven-part films at this time — as being direct mirrors or similar trajectories. Instead, the second half functions more as an inversion of the first, with Kyung-soo as the pursuing party where he was pursued in the first. The chapter titles themselves are notable, describing events rather than the chapter as a whole, thereby inserting an element of gamesmanship to allow the viewer to discover what lies around what’s implied to be the “key” event: knowing that Myung-suk loves Kyung-soo shades all their interactions leading up to that point, to say nothing of her then unknown identity.

Once again, there’s a difference between the Korean title, roughly translating to Discovery of Life, and the English title, which is typically equally called On the Occasion of Remembering the Turning Gate and just Turning Gate. I prefer the longer title, partly because of its distinction and partly because it maps on closely to the last part’s chapter title, focusing on a single moment that might very well refer to the idea set forth in the Korean title.

Hong’s screenplay in particular feels much closer to his traditional style: characters speak both more naturally and in a way that calls back to almost koan phrases — “Even though it’s difficult to be a human being, let’s not turn into monsters” is repeated at least twice, and only gets funnier in each ill-fitting context. In general, this is a much more languid film — notably, it’s the first Hong of many where there are less shots than there are minutes in the film — and that very quality is what I’m so often drawn to in Hong. The raucous strip rock-paper-scissors scene in the club is allowed to play out as comedy before shifting to a more uneasy emotional tenor; the wonderful reveal of Kyung-soo and Sun-young’s past acquaintance takes place in two extended parts, with a break outside. The sex still remains though, and Kyung-soo asking if she “likes his moves” is as mortifying as ever. In general, however, there’s an ease to the interactions, and unlike the past films there is no prescribed endpoint; Kyung-soo is allowed to drift from one person to the other, and the vacation, which only really takes a few days, floats far past the prescriptions implied by a strict structure. Even the interactions between Kyung-soo and Sung-woo feel looser than those of The Power of Kangwon Province, and this is funnier than the past three films combined; the sight gag of Sun-young’s family emerging is astonishing.

I’ve never truly speculated about Hong’s politics, but I do have to wonder what his inclusion of Scott Nearing’s autobiography The Making of a Radical might imply; it’s talked about fairly frequently, if maybe more as a prop to pass between people. It’s also very funny to rediscover that “Spiegel im Spiegel” is in this, relatively early into its omnipresence in international film for the decade.

The staging of the last sequence with Kyung-soo and Sun-young is just a marvel, with the contrasting brick wall behind them acting as a separation as surely as the broken desire between them. Of all things, it reminded me of Out 1; I haven’t talked about Jacques Rivette yet, but just as surely as Éric Rohmer he’ll be a key reference point in the films to come.