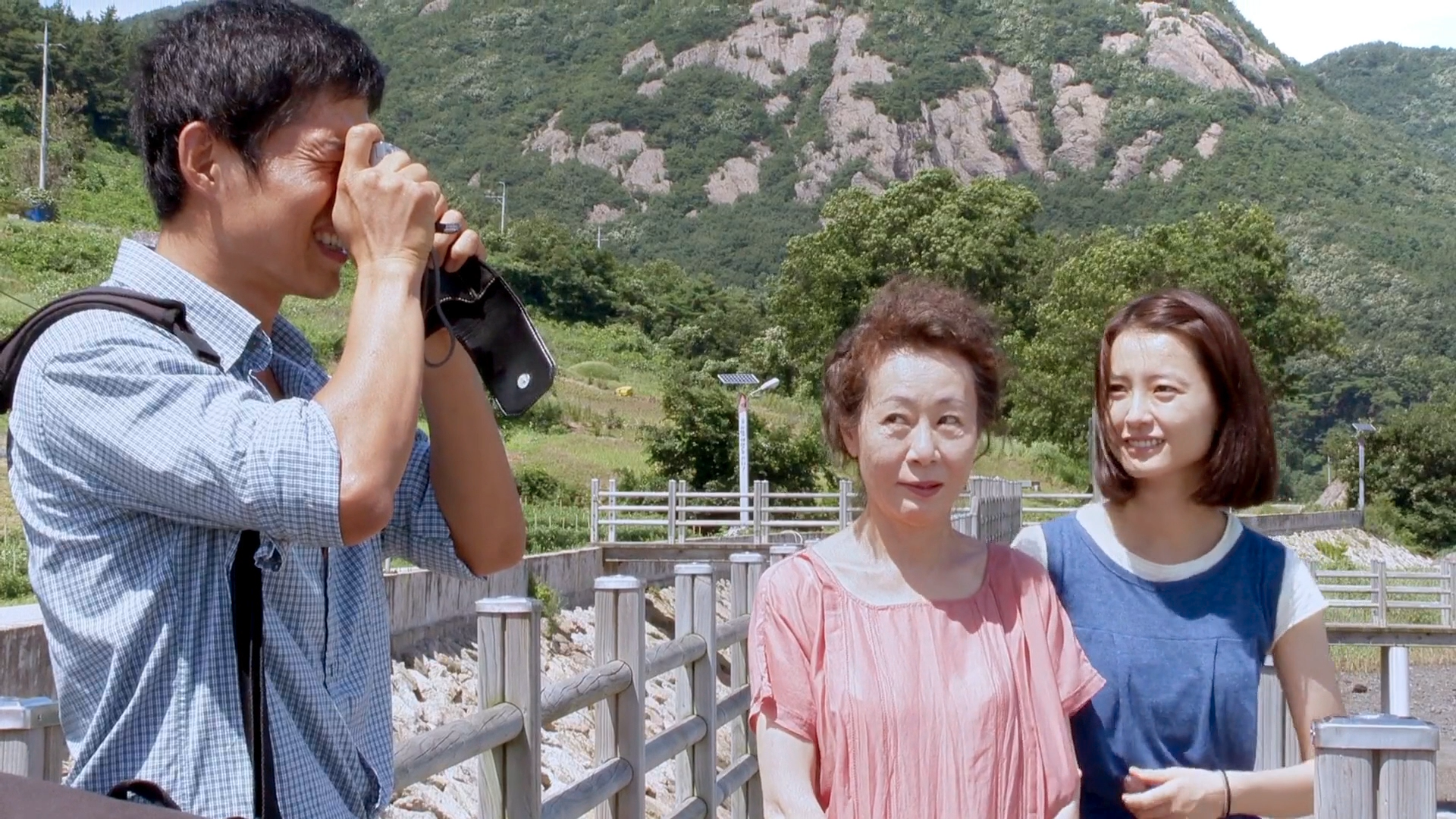 Every Hong film has its own strange story of creation and how it found its audience (or didn’t). “List,” the only Hong short that hasn’t been explicitly tied to one of his films or to an omnibus project, presents an especially fascinating case: it apparently showed once in Seoul theaters in 2011, before disappearing and resurfacing twice at the then-complete Hong retrospective in 2016 at the Museum of the Moving Image, where it showed with The Day He Arrives, its compatriot from the same year. Then it dropped out of sight again, before it streamed for free through Le Cinéma Club in 2018, and is now readily available on Cinema Guild’s Grass Blu-ray. I recount all this because it makes me think about how the availability of Hong, especially in HD quality, has slowly but steadily grown over the years. To my eyes, the only Hongs not available in proper HD files are “Lost in the Mountains” and Hahaha, but when I first ran through his films, I watched films like On the Occasion of Remembering the Turning Gate on mediocre DVDs; at least a little bit of my renewed appreciation comes from my greater appreciation of the pictorial quality of early and middle Hongs alike.

Though “List” was released the same year as The Day He Arrives, it has, if I’m remembering correctly, the same framing device as Hong’s follow-up In Another Country: Jung Yu-mi and Youn Yuh-jung are daughter and mother on vacation, the former writes something on a notepad, and the film acts as a visualization of what’s written down. I don’t think In Another Country involves an uncle who’s a criminal as the impetus for this trip, but it introduces a bit of an edge that the rest of the film largely lacks on purpose.

Indeed, the straightforwardness of most of “List” is almost disarming, a stripping-down of Hong’s narratives as evident as in “Lost in the Mountains,” where the only true obstacles within the dream lie in Mi-hye’s initial reticence towards the director of Spring on Mt. Hanra and, in a truly late-breaking complication, the emotional pain that her mother has inflicted. One is tempted, in some sense, to impose something of a Hongian structure, and of course the list itself — Hong caters so closely to cinephiles like myself that of course he’d make one for the list obsessives — provides something like that; the cross-fade of it over the shot from the balcony of the hotel is a technique that I don’t think Hong’s ever used before or since.

But the question of whether this is merely a dream or in fact a vision of the day’s events is an open one. When Mi-hye recited her list in the closing scene, I found myself thinking that looking at the stars through her telescope was the one item that didn’t happen in the dream, seconds before she remarked that it wasn’t needed. It could be read multiple ways: that this idealized version of what she planned persuaded her to cross it off, that the dream that she might have forgotten details of nevertheless subconsciously influenced her, or that by crossing it off, her dream could come into being.

It’s also perfectly unclear if the dream accurately reflects Mi-hye and her mother’s characteristics: the latter’s mischievousness and the former’s reluctance to marry (along with the aforementioned trauma) may very well be exaggerated. The director is also easily the kindest Hongian man yet; it’s hilarious to see a main character who’s actually financially successful, able to afford treating people to fish, and who’s so open with his divorce and the possibility of losing focus thanks to drinking and meeting actresses; I also realized that Jung Yu-mi is the first Hong protagonist I can remember who doesn’t smoke, she mentions that Mi-hye at least has weak lungs.

Aside from the list structure, I also found myself gravitating to a few turning points in Mi-hye’s feelings towards the director, all related to light. She first seems to truly warm to him when he takes her picture, eventually laughing along with his boisterous response; then there is the shot of the moon partially obscured by clouds — which is cut to from a shot of the director exhaling smoke, an uncommon graphic match cut for Hong — that leads her to take the initiative in inviting him to stay in the apartment. These little twists of growing attraction and the genuineness of the feeling that they have is left open, unlike, say, Seong-jun in The Day He Arrives, who closes off things and wants them to remain memories.

“List” might be almost too straightforward for its own good, but it is just so full of pleasant moments, the likes of which Hong doesn’t typically afford himself all stringed together uninterrupted: the badminton scene, presented much more stably and at greater length than the football in Woman Is the Future of Man and Like You Know It All; the pan past the lighthouse to the barges; Mi-hye’s new tooth-brushing method; it’s also fun seeing the two most prominent Hong actors of his middle era, Jung and Yoon, interacting at such length, with Youn as a great side character. The final scene itself, with the mother initially reading and then Jung filling in the details, and the look of appreciation that she gives her at the massage item, is unabashedly lovely.